Hope … Peace … Joy … Love … these are the words of Advent. In the busyness of the Christmas season, it is helpful to slow down and focus on what Christmas really means. Stories of hope, peace, joy, and love can help us develop a sense of longing for the Savior’s birth as well as His second coming. Below is a link to a story that appeared in the December edition of Light and Life. It focuses on the work of Free Methodist missionary Phyllis Sortor with the Fulani people of Nigeria. Her love of Jesus and the Fulani people has brought hope, joy, and peace to this often overlooked area. We pray this story will touch your heart during this Advent season! 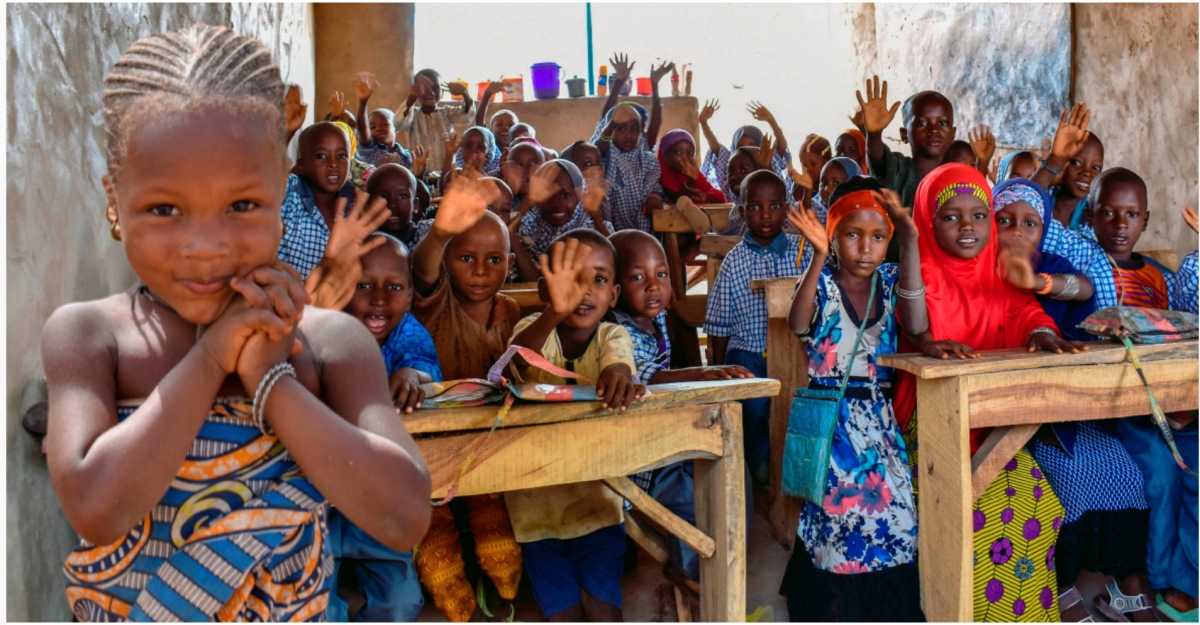 Phyllis Sortor’s 2015 abduction and release in Nigeria received significant coverage from the international news media. The BBC, CNN, Daily Mail, Wall Street Journal and Associated Press are no longer covering Sortor, but her important work with the Fulani ethnic group continues through the organization Schools for Africa.

“The schools started when the government gave us grazing reserves to officially oversee and manage for the Fulani,” said Sortor, an elder in the Free Methodist Church’s Pacific Northwest Conference and the author of “The Kidnapping of an American Missionary,” in an interview with LIGHT + LIFE. “When we reached there and met with the leaders, they told us that there were no schools there at all.”

Their comment surprised Sortor because the government had stated that the region had schools. The Fulani leaders took her to areas of trees and bushes where schools supposedly were located.

“It’s not that the parents were blaming the government, but they were just bemoaning the fact that all of their children needed an education, and they had no hope for it the way things were going,” Sortor said. “We said, ‘Well, we would love to be able to work with you if the government agrees to allow us to build schools for your kids,’ and they were just so happy about it. So we began and just built very simple buildings.”

“We had both Muslims and Christians applying. We hired the best, most qualified ones whether they were Christian or Muslim,” Sortor said. “We have a mix, which is really good because our Christian teachers are fabulous, and they are such good influence, and they are getting along very well with the Muslim teachers. In fact, the influence is winning souls.”

Schools for Africa now operates nine schools for Fulani children in four states. The schools are accredited by the Nigerian government.

“The government is very happy with our schools,” Sortor said. “We have children coming from nearby towns to come to our schools rather than attending the local schools in their towns, because our kids are doing so well on their tests.”

Retired teachers from the United States have traveled to Nigeria to host reading workshops for the schools’ teachers.

“This has really upped the standard of education that the Fulani children and farmers’ children are receiving,” she said.

Sortor retired from serving as a Free Methodist World Missions missionary in 2016 and became the director of Schools for Africa, which is an affiliate partner of FMWM. Her work with educating Fulani people predates her kidnapping, which happened on the property of a school.

“The kidnapping was mainly to stop my work with the Fulani because we had very bitter Muslim extremists who did not like the fact that we were opening Christian schools for Fulani children, but they didn’t succeed in stopping us,” she said.

The Fulani people are frequently portrayed as radical Muslims in Christian publications and other news media, but Sortor disputed the accuracy of that coverage.

“I do not agree with those articles. Yes, there are bad and good people in every tribe and every race,” she said. “The articles that are written are all written by people who are of a different tribe than the Fulani. This situation in Nigeria is really bad because the Fulani are hated. They’re despised. They’re sidelined by every other tribe.”

The Fulani people face discrimination in Nigeria and other West African nations because they’re uneducated, poor and do not own land.

“They’ve had to just trek around the country with their cattle and try to find pasture wherever they can, and, wherever they go, they meet up with opposition,” she said. “There are things that every human being needs in this life to be able to have hope, dignity and respect.”

A Nigerian minister of agriculture listened to these concerns and opened federal land to grazing reserves in every state.

“It’s a huge victory, and now we’re just going through one by one and opening schools and helping the Fulani to have the dignity and respect that they deserve,” she said.

Sortor shared how schools with farmers’ children attending alongside Fulani children are “creating a new and peaceful relationship between” the farmers and the Fulani herdsmen. “One afternoon, on the Bobi Grazing Reserve where we have five schools, some boys were playing ball after school. Things got a little rough at one point, and a farmer’s son pushed a Fulani boy. The Fulani boy fell hard, hit his head on a rock and died shortly afterwards. The whole reserve froze in fear — fear of major retaliation with Fulani killing the farmers’ families. But that didn’t happen. What happened was actually miraculous.”

The parents of the deceased Fulani boy went to the home of the boy who had accidentally killed their son.

“The Fulani father told the farmer that they understood what had happened. They knew it had been an accident, and they did not hold this against the farmer’s son or his parents. The farmer and his family asked for forgiveness from the Fulani parents, which they freely gave,” Sortor said. “In our schools, the teachers, parents and children are living peacefully with one another. This is peace that passes understanding, and I know it’s straight from God.

Noticing Memory Problems? What to Do Next
My mom is 76 and I have noticed her becoming more forgetful lately. I am worried she may be getting Alzheimer’s disease. What resources can you recommend to help us?
Read More »

Time to Prepare for Tax Filing
On December 8, 2020, the IRS published guidance to encourage taxpayers to prepare for the upcoming filing season. Each individual should consider his or her potential credits, deductions and tax refunds.
Read More »

Tax-Free Sale
Howard and Lynn were age 55 when they purchased some land outside of town, and they thought it would be a good investment that they could later sell.
Read More »

We believe that with effective counsel and financial management, each person can multiply the impact of the resources entrusted to their care.